George Monbiot, columnist for The Guardian, released an article with the eye-catching title “Embrace what may be the most important green technology ever. It could save us all”. The article goes into some interesting detail regarding precision fermentation as a way to grow staple foods. He goes on to point out that, by switching from animal or even soy protein as our worldwide source, we could increase efficiency by a factor of 17,000 (vs. Soy) of 138,000 (vs. Beef).

And, he goes on, in the process this would reduce greenhouse gas emissions and water use by significant amounts. The detail is well presented and, if true, does add up to a world changing, planet saving formula, or at least a major step toward rescue.

The problem? In a nutshell this idea, even if rock solid in the data, would require the entire world to not only change the production methods for food (protein) but we would have to banish centuries of eating customs and traditions.

Ultimately if we are to be saved by this solution, it would likely only happen when no other food is available. Not a pleasant thought.

Reading between the lines the piece underscores a real and important issue, that finding a planet saving solution for global warming is one thing, finding a way to achieve mass adoption is another.

EVs are the most obvious example of a technology, around since before the fossil fuel industry became dominant, that has finally reached a tipping point of eventual total adoption vs. internal combustion engine cars.

The transition, though perhaps inevitable, happend sooner, most would agree, because of Tesla and Elon Musk.

And the catalyst to accelerate was not just based on a superior product but in the transformation of the concept and image from one of giving up pleasure for the good of the planet to “Have fun going 0 to 60 in 3.1 seconds while you save the planet”.

This formula, don’t sell the problem, sell the beauty, power and pleasure of the solution, might ultimately turn out to be the most important factor in deciding if the planet, and humanity, will survive.

Why make such a drastic claim? Because there are more solutions that are ready to be scaled up in a massive push worldwide, without any unproven or yet to be invented technology involved, if only the demand can be boosted with desire and excitement, rather than fear.

While precision fermentation, for example, might be too difficult to market at scale, there are other sectors ripe for positive disruption and change, that could save us all.

Unfortunately, not everything is as endorphin inducing as pounding the pedal to the metal in a Model S Plaid edition. Some things, like superior design, are only exciting when the results are felt over time.

The important thing is to make sure that attention is paid, not just to the climate benefits, but to the superior aesthetics and owner experience made possible by the new thing.

Design technology that can reduce the energy required to heat and cool homes and buildings by up to 90% is available right now and proven many times over.

This method, combined with sustainable energy systems, including grid interactive generation and storage, could ultimately remove nearly 40% of worldwide emissions that can be traced back to to construction and buildings.

Not only would the new infrastructure in towns and cities eliminate greenhouse gas emissions but a host of other benefits for health, such as indoor air quality, would be automatically included.

Further, climate adaptation, the ability to continue to live in maximum comfort even when the outdoor temperatures are at high or low extremes, would be built-in.

As if this is not enough, at scale, with some propagated construction and manufacturing intelligence added, the cost for all of this? Less than zero, in other words, the same or less than the current costs for obscenely inefficient “business as usual” homes and buildings.

So why is this not already a new standard, even mandatory?

For much the same reason it took more than a century for Tesla to come along and change the car industry.

The challenge is to change the perception of the product. To build a focus on the beauty, power and excitement of a real life solution that does not trade fun and abundance for austerity and “sacrifice for the greater good”. After all, just as with a sleek, sexy EV; no sacrifice required.

There has to be so much momentum toward such an obviously superior concept that the public, the people that will live work and play in the structures, will demand nothing less.

This quote lays out one of the challenges, support and funding for efficiency, in a nutshell

The challenges are layered but can be overcome

Tesla was subsidized, to the tune of $2.48 billion for ZEV credits alone, and more than $3.2 billion in total from the State of California, but bear in mind that this is just one state, the total is far higher if all of the US is included.

The accomplishment, however, of changing the perception of the EV and, ultimately, causing a worldwide shift toward sustainable transport to be accelerated, is no less remarkable, subsidies or not.

The point should be that other mature designs and technologies, such as the hyper-efficient design system for homes and buildings described above, need both: the genius marketing push and the public and private financial support that Tesla had.

It’s important to note that Tesla did not invent the electric car. As a matter of fact, they were more than 100 years late to the party. Without Elon Musk as an early investor (with his own funds) the entire story might never have happened.

All of this just underscores the magnitude of the challenge.

The perception of solutions like hyper-efficient building design as optional or unnecessary must be destroyed, in favor of a focus on the excitement of a better built world; and a more affordable magnificence, abundance and beauty.

If you are reading this and you get it – reach out, shout out, respond in every way you are able to help the world begin the march toward a positive change that is possible – and fun. 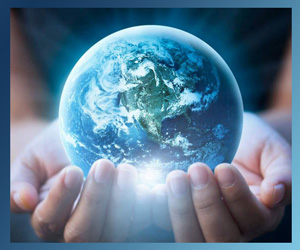